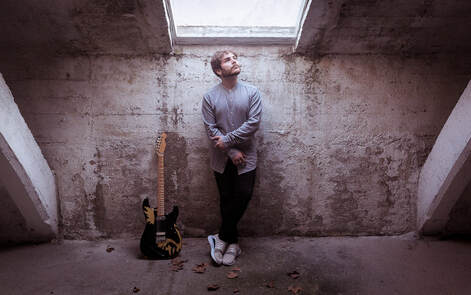 ​Alexandros Finizio is a Milan based composer, sound designer, guitarist, and electronic producer.
He is one half of the duo TECHNOIR, alongside singer Jennifer Villa, who played clubs and festivals throughout Europe such as the Jazz:Re:Found Festival (Turin), Miami Festival (Milan), Terminal Arts and music festival (Sombor, Serbia), Locus Festival (Locorotondo), La Maroquinerìe (Paris), Magnolia Club (Milan), Monk Club (Rome) and many others.
​After graduating in Electronic Music at N. Paganini conservatory, he's now based in Milan and works as composer and sound designer for film and sync, he scored the documentary Ark Re-Imagined screened at the 2021 Venice Biennale and was amongst the winners of the 2021 California Independent Film Festival Scoring Competition.
He also releases music under the name Sound Activist.